This week I had the real pleasure of interviewing Peter Thiel with my colleague Mike Useem. Peter is the co-founder of Paypal, which is where he got his start on becoming a billionaire. He’s a provocative public figure, and is known as a libertarian. Listen to this five-minute excerpt of my interview with him, where I challenge him about whether or not independent action can really address major societal challenges. I found him thoughtful and reasonable all around on the points we discussed. 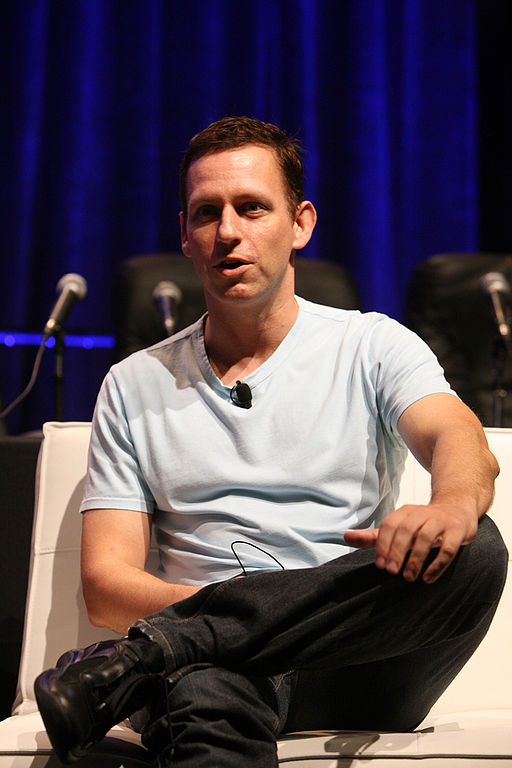 In June, I wrote a post on my efforts to learn a few dozen Chinese characters while in China this past Summer. That early learning was so interesting that I kept going, and have been studying the language more seriously for the last few months. I have taken a multi-faceted approach and have been really energized by my steady progress. To calibrate you, I still can’t understand much of what a native speaker says at normal speed, but just tonight I bought two lobsters at my local Chinese grocery in Mandarin and we communicated quite well. (The fish guys there don’t speak English, which is perfect. I find myself buying a lot of fish now, for practice.)

In order to use the power of peer pressure and fear of public humiliation,  I’m committing publicly to continuing my study at least through July 2015. I believe I can get to about a second-year collegiate level of speaking, writing, and comprehension with a year of efficient study. What is efficient study? That is going to have to be another post. However, if you are interested in learning Chinese, consider these resources, which I’ve found very helpful. These are in approximate order of my frequency of use:

I also found the Hacking Chinese website quite useful, and very consistent with my hyper-analytical approach to things.

Let me close with a provocative hypothesis. Chinese is a very simple language. It has one very tricky aspect — the characters used to represent the language do not usually tell you very much about how to say them. So, if you don’t know the character, you are stuck. But, technology has largely mitigated that weakness. To write Chinese on a computer or smart phone you just need to be able to recognize the character, not write it with a pen. So, if you don’t care about being able to write with a pen — only with a keyboard — Chinese has gotten a lot easier to master in the last few years.

I think it will take me about 300 hours to get to a level that allows basic conversation, reading, and writing. The problem is that I don’t have 300 new hours of capacity in my normal schedule over the next year or so. Instead I have just added audio to a bunch of daily activities like walking and biking, in order to be able to get as much learning time as possible in an already impossible schedule.

I’d love to share notes if any of you are also taking on this super interesting challenge.